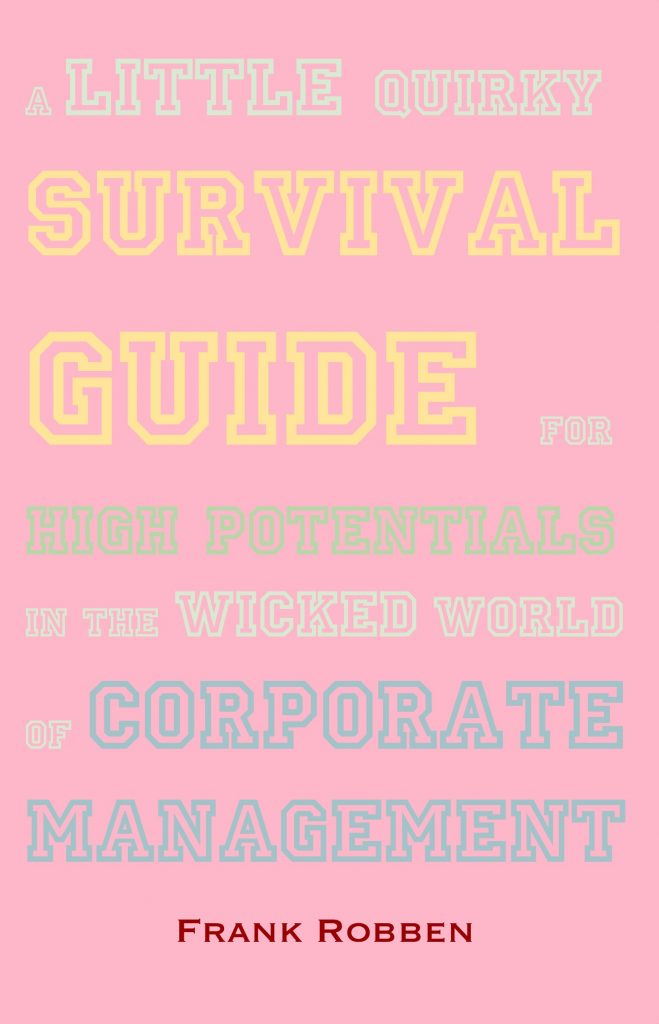 So you got this fabulous MBA diploma from some expensive and exclusive university. Your excellent grades and top-notch appearance got you this wonderful job. You're really, really good at what you do. So your manager steps to you and says, "You're a High Potential!"

Don't panic! This little quirky survival guide will help you pave your way in the wicked world of corporate management. Get ready to learn everything they didn't teach you on university. Don't waste money on courses, coaches or consultants. This little book will unravel the truth they choose not to tell you. And all of that in just over a hundred pages and for less than ten dollars. How's that for an investment in yourself?

Forget the seven habits. Forget one minute management. Forget everything everyone else tries to sell you.In this book I will tell the truth and nothing but the truth, about leadership, missions and visions, teambuilding, coaching, burn-out prevention ...

I promise to be politically incorrect. I promise that if I can't make you think, at least I will make you laugh.

Some people assume that networking is about knowing as much people as possible. You never know who might be able to help you in the future. While that is partially true, I urge you to be selective. Networking is an exhausting task. Most people are simply boring and will never help you. If you make a connection to someone, you’ve also created a connection from that person to you. You don’t want to be tied to someone who’s taking up your energy for his/her advantage.

I’m likely to get a lot of comments on the paragraph above. Coaches, Consultants and other holy men claiming that networking is about giving and taking. That networking works on trust and honesty. Don’t kid yourself. The only reason we network is to get better ourselves. This give and take, win-win stuff, keep that for marriages and friendships. There’s no place for this kind of sentiment in corporate management. Networking is not about creating long-lasting relationships. So, just use your gut feeling to know who will be useful for your cause. Be selective. On your next company Christmas Party, don’t mingle. Pick your victims and try to get them to drink a single malt whisky with you in the bar.

Getting back to my statement that you should look forward when looking for personal stakeholders. There is no need to look back. Once you’ve successfully used someone in your network, evaluate if that person can help you more in the future. If not (s)he will become baggage. Drop them.

I realize very well, this doesn’t sound very sympathetic. As a people-oriented person, I find it hard to live by this networking principles myself. I actually don’t like the whole networking thing at all. Luckily, you are not like me. You are future managers. You realize that acting like this doesn’t make you bad persons. It just makes you successful individuals. I’m serious. These are just the rules of the game. It’s good to be aware that they are different from the rules in your personal life outside the company culture.

Now that you have learned that networking is a forward directional activity, also consider that while aiming for the future, you should look both up and down. Suck up to the management above you. Make sure they know you. Try to get in their circle. So that, when the moment comes, you can approach them for a favor: They are the ones that can pull you up the corporate ladder. At the same time also look beside and below you in the organization. Identify the persons that you can delegate tasks to. Maintain your connections to those people that might do you a favor. Sometimes those people can push you up the ladder.